HERBS AS A BASIS FOR TREATING ANDROGENETIC ALOPECIA

Posted on October 13, 2020 by Sharief Hendricks Leave a comment

Androgenetic alopecia (AGA) is the most common form of hair loss, and it occurs mostly in genetically predisposed persons more sensitive to the androgen hormone, testosterone. It affects both males and females and occurs in a patterned form of scalp hair loss. AGA is not a fatal disorder, but may impair the quality of life, especially if the individual is younger or female. Hair is an essential feature of a person’s image and serves as a symbol of beauty and pride. Hair loss can therefore result in poor self-esteem and lack of confidence. The hair growth cycle consists of three phases namely, anagen (growing phase), catagen (involution phase) and telogen (resting phase).

The molecular pathway that leads to AGA involves the conversion of the hormone, testosterone to dihydrotestosterone (DHT) which is catalysed by the enzyme 5-alpha reductase (5AR). So far, three distinct isoenzymes exist namely type I, II, and III and are differentially expressed in different regions of the human body. The type II is responsible for initiating AGA , and is expressed mainly in androgen-dependent tissues such as the prostate, epididymis, and hair follicle, and it is also a main form in the dermal papilla cells, hence its pivotal role in initiating the hair loss. Targeting this enzyme is therefore essential in developing AGA therapeutics.

For decades, there have been many research studies geared towards AGA therapeutics. However, only two drugs have so far been approved by the FDA to treat AGA- Finasteride and Minoxidil. These drugs have very low cure rates (>50%) and side effects such as irritation, increasing growth or darkening of fine body hairs, allergic contact, and dermatitis. Today’s open access paper, they came up with a treatment that will prevent hair loss and promote hair growth. Recent studies have shown that a combination of 5AR inhibition and the use of hair growth promoters can treat AGA. The main area of research was to investigate the ability of bee venom to prevent hair loss to promote hair growth exhibiting low toxicity compared to synthetic drugs.

In the paper the researchers used both mice (C57BL/6J mice) and cells (human dermal papilla cells) as their models. The C57BL/6J mice were housed under constant environmental conditions. After adaptation for 1week hair skin dorsal were removed. Mice were divided into five groups (n=6) and were treated with Minoxidil (2%), bee venom with different concentrations (0,001, 0,005 and 0,01%) and other group was vehicle treated (distilled water, ethanol, and polyethylene glycol-negative control). This was done to investigate the hair growth during anagen phase. They also evaluated the inhibitory effect of bee venom on the induction of catagen phase. Animal were divided into six groups (n=6): the negative control (vehicle treated), the dexamethasone (0,1%), positive control (2% minoxidil and 0,1% dexamethasone) and three bee venom concentrations which are the same as the above and 0,1% dexamethasone. Dexamethasone was applied to induce catagen phase. They also performed cell culture and cell proliferation assay using the HDPCs. They investigated the effect of bee venom on hair growth in C57BL/6 Mice and human dermal papilla cell growth. 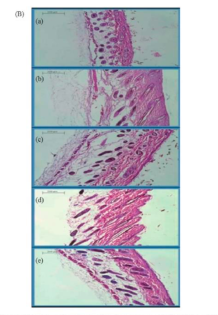 Figure 1: The effect of Bee Venom on hair growth (A) and on the histological appearance of hair follicles (B). (A) Minoxidil and Bee venom were applied to the mouse dorsal skin for 19days. In bee venom treated mice, hair growth increased significantly, and dose dependently compared with the control group. (B) The hair follicles were elongated in a dose-dependent manner in bee venom-treated mice compared with the control group. 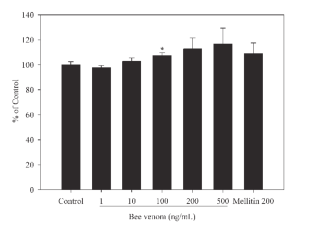 Figure 3: The effect of bee venom on the proliferation of human dermal papilla cells (hDPCs).

Bee venom promoted proliferation of HDPCs and elongated hair follicles, thereby preventing AGA. Bee venom did not cause irritation, erythema instead stimulated proliferation of hDPCs. Bee venom was more effective at promoting hair growth than minoxidil. In catagen phase-induced mice, bee venom reduced hair loss and stimulated new hair growth. Therefore, bee venom might be developed as a therapeutic agent for hair loss given its ability to promote hair growth by inhibiting the development of the catagen phase, and its ability to prevent hair loss by inhibiting the expression